If you still face the issue please contact us via our Facebook page: Welcome guest, is this your first visit?

Click the « Create Account » button now to join. Page 1 of 2 1 2 Firmward Jump to page: Results 1 to 10 of Peugeot car compatible with NG4 [Only registered and activated users can see links. Last edited by Oumpah-Pah; 1st July at Anyone tried to navigate to Austria with this map version? Other countries seem to work just fine.

When I am at the country selection, I see all the available countries, but at the place where it should say « Österreich », so basically between N and P, there is just one empty line.

When clicking on it, the screen shows nothing.

Addresses from my recent places are still working fine, so the map and navigation itself is working properly. Maybe someone here is using the system in German language too and can comment on that issue? In the country of Spain the same problem occurs. Originally Posted by wakuwaku.

Last edited by Nemylus; 25th June at French speaking Google translate. I tried some things and came up with a solution for my problem. 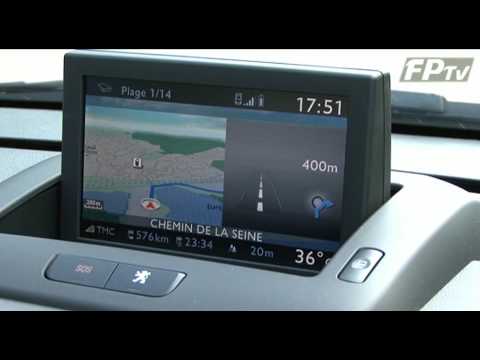 It definitely comes from the vowel mutation mentioned earlier. In order to be able to select countries with vowel mutations for German systems this would be Austria and Denmarkjust change the system language to English or any bg4 language you are able to readthen go back to navigation.

Now you are able to select those countriessince they show in English and thus without vowel mutations. In my case, I selected « Austria », then changed the language back to Germanand from now on it is possible to enter navigation goals just like it used to be. The only difference you might notice is that the selected country says « Austria » rather than « Österreich », even after switching back to German system language.

So for German-speakers, you will most likely be fine except for trips to Denmark and Austria Germany and Switzerland should be fine anyway. But as long as you follow the mentioned steps above, those countries will work just fine. There is one more bug I noticed: The voice commands seem to be buggy. I tried to enter a navigation goal with the voice commands, but the NG4 showed completely other city and street names than what I said.

But overall, since I do not use those commands that often anyway, I will stay with the new version for now. The old maps are just too firmwafe, especially when it comes to one-way streets in bigger cities. Tags for this Thread austriaczecheuropegermanymapsng4psa.